Amidst the faltering economy, business school applications and business education investments soared in the past two years. Many business executives have taken advantage of low job […]

Amidst the faltering economy, business school applications and business education investments soared in the past two years. Many business executives have taken advantage of low job security and tight financial markets to invest in their careers. However new data shows that application rates are evening out – especially in the United States. Applications for one-year Full-Time MBA programs are still on the rise, whereas two-year Full-Time, Part-Time, Executive and Distance-Learning programs are fairly constant or in decline.

In the past few years, a surprising number of career-minded individuals opted to strengthen their resumes so as to better position themselves on the job market. The Graduate Management Admissions Council (GMAC) stated that 2008 was the second-largest year-over-year surge in applications to full-time programs since 2002, and the highest level of increase in five years. Moreover, according to GMAC’s 2009 report on MBA application trends, 69% of one-year Full-Time MBA programs increased their application volumes this year. The application volume for two-year Full-Time programs, most of which are located in the United States, did not fluctuate from 2008 to 2009.

Séan Rickard, Director of Admissions at the Cranfield School of Management, told Access MBA that both the rate and the quality of applications to their one-year Full-Time program have improved in 2009. “Despite (or perhaps because of) the recession, we have seen not only an increase in the number of applications for our Full-time MBA this year, in particular applications from the UK and Europe which are up 60 per cent, but also an increase in the quality,” says Rickard. Out of the 25 European business schools participating in a 2009 Access MBA survey, the majority of them reported stronger academic qualifications in their 2009 Full-Time applicants than in 2008.

{article-3088.jpg}
The economic opportunity loss of the MBA has dwindled for those individuals who have taken a paycut or have been laid off from their job due to the downturn. Individuals on the frontlines of the financial crisis (those who work in investment banking, private equity, real estate) and more junior professionals who have lost their jobs are more actively pursuing an MBA degree, and most frequently with flexible Full-Time programs.

“It is logical for business school applications to increase in a downturn since the opportunity cost, normally the biggest cost of an MBA, has reduced,” says Hult International Business School President Dr. Stephen Hodges. In March 2009 the school announced a 102% increase in applicants. Offering the brand label of an American MBA at their campuses in London, Dubai, Shang-Hai as well as in Boston, Hult International Business School has seen a surge in international applicants to their MBA programs. Dr. Hodges did not specify which of its MBA programs received the most applications; the school has one-year Full-Time programs as well as a Part-Time program in Dubai.

Part-Time MBA programs also have experienced a slight increase of applications as they cater to individuals who wish to keep their current job while strengthening their resumes in order to better position themselves in the downturn. According to GMAC’s 2009 Application Trends Survey, the overall Part-Time program application volume rose 7%. The Council also reports, however, that nearly half of the Part-Time programs reported a decline in application rates.

Meanwhile, company investments in top-level Executive MBA programs for their employees have stagnated. In this past year, GMAC reports that 51% of EMBA programs experienced declines in applications, and that the average number of applications per program declined by 25%. Facing economic uncertainty, employers have held back on sponsoring business education for their employees.

Regardless of whether programs are sponsored by employers or by individual students, the return on investment is high for candidates who earn their MBA at top international business schools. The latest GMAC Alumni Perspectives Survey shows that a graduate business education yields impressive returns: 80% of MBA graduates who attained a new job after graduation indicated they “could not have obtained that job without a graduate management degree.”

On the Access MBA Tour, qualified professionals are given the chance to meet with business school representatives in private One-to-One meetings and small group workshops. In addition, Access MBA advisors at the event help orient candidates towards the business schools that match their criteria. This personalized orientation and the individualized discussions with Admissions Officers differentiate Access MBA from other MBA fair organizers. “The One-to-One meetings are proven to advance candidates in their decision-making process during the event. This is more valuable than basing an MBA program choice on brochures or rankings” says Christophe Coutat, Founder of the Access MBA Tour.

“We are convinced of the value of the Access MBA 1-2-1 events as we are consistently presented with high-quality candidates who fit our programme and our recruitment goals; many more than we would normally meet at a traditional fair event and with better profiles and motivation,” says Helen Dowd, Admissions Director at Manchester Business School. The school, ranked in the top 20 worldwide, participates in the Access MBA Tour year upon year.

Learn more about the Access MBA Tour and register for our event in Bucharest on November 23 on our website www.accessmba.com 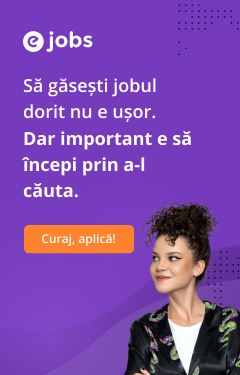